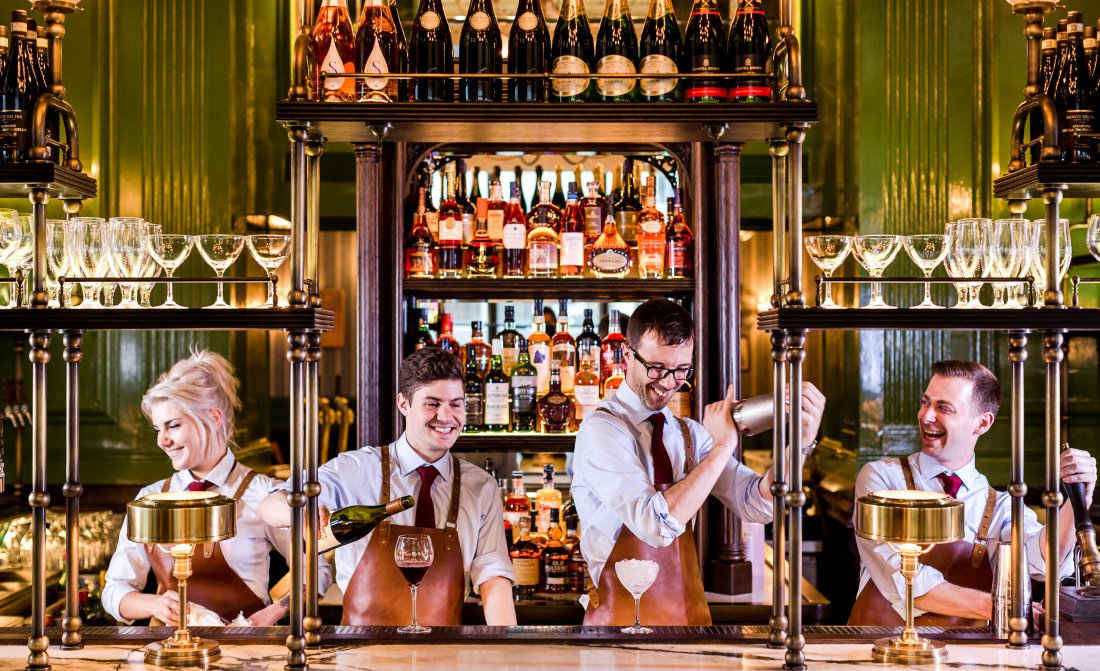 The Wigmore, a new modern British Tavern will open to the public on Thursday 20th July, located on Regent Street, set to become a new social institution with a touch of London polish and a place where everyone is welcome.

This deluxe re-imagining of the Great British pub will serve a carefully created drinks list from the team behind Artesian, including great wines, cask ales and craft beers including The Wigmore’s very own house "Saison", brewed in partnership with Bermondsey’s "Brew by Numbers". A variety of mixed drinks that celebrate Britain’s drinking history include cups of punch, house "hoptails" and classic cocktails that have all been created in London.

The food menu overseen by Michel Roux Jr defines quintessential British pub fare, using seasonal ingredients from producers that are leaders in their field which are simply prepared and sympathetically cooked with a keen attention to detail. Classic pub snacks have been elevated to a new level such as: Masala spiced scotch egg, dahl relish and the Stovetop cheese toastie presented to the table with a cast iron bacon press to ensure cheese remains molten until it reaches the lucky recipient. 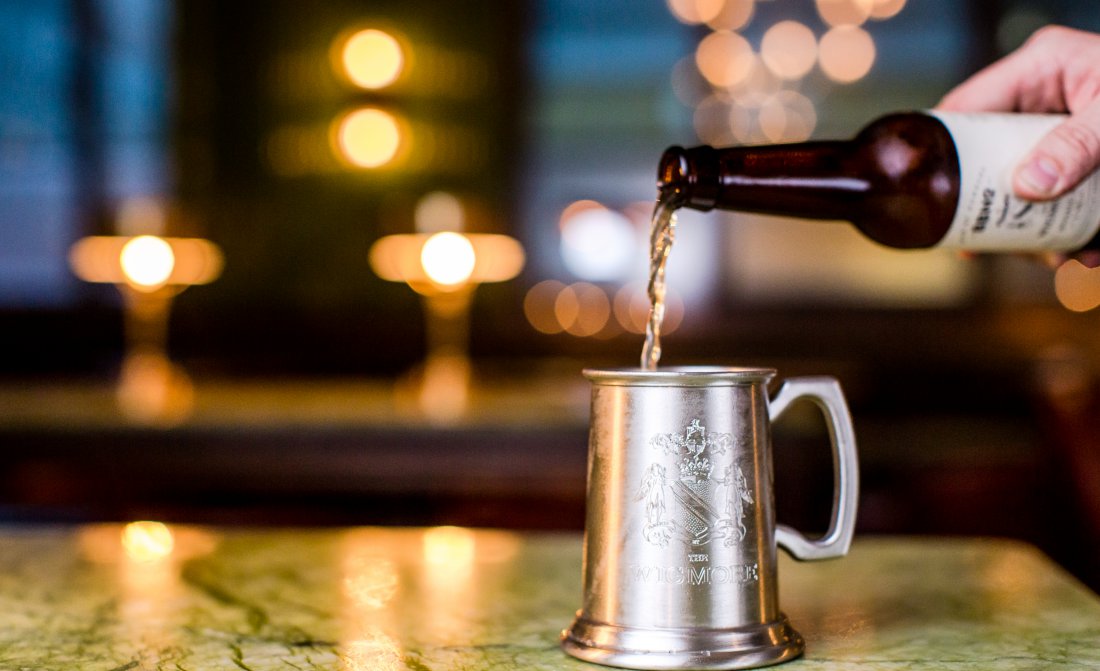 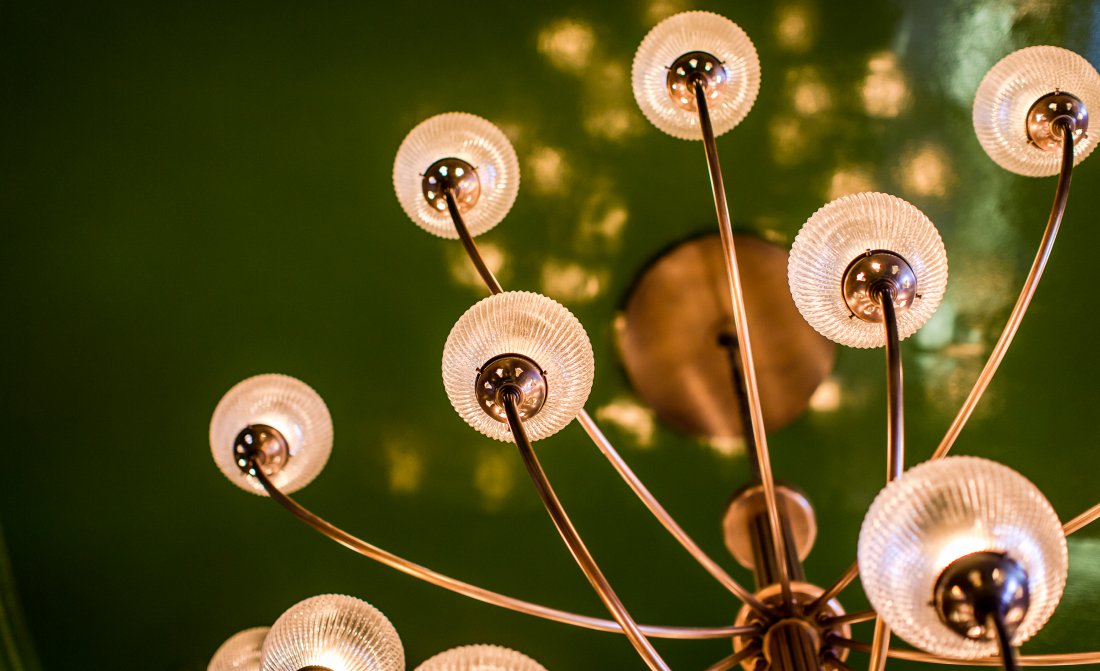 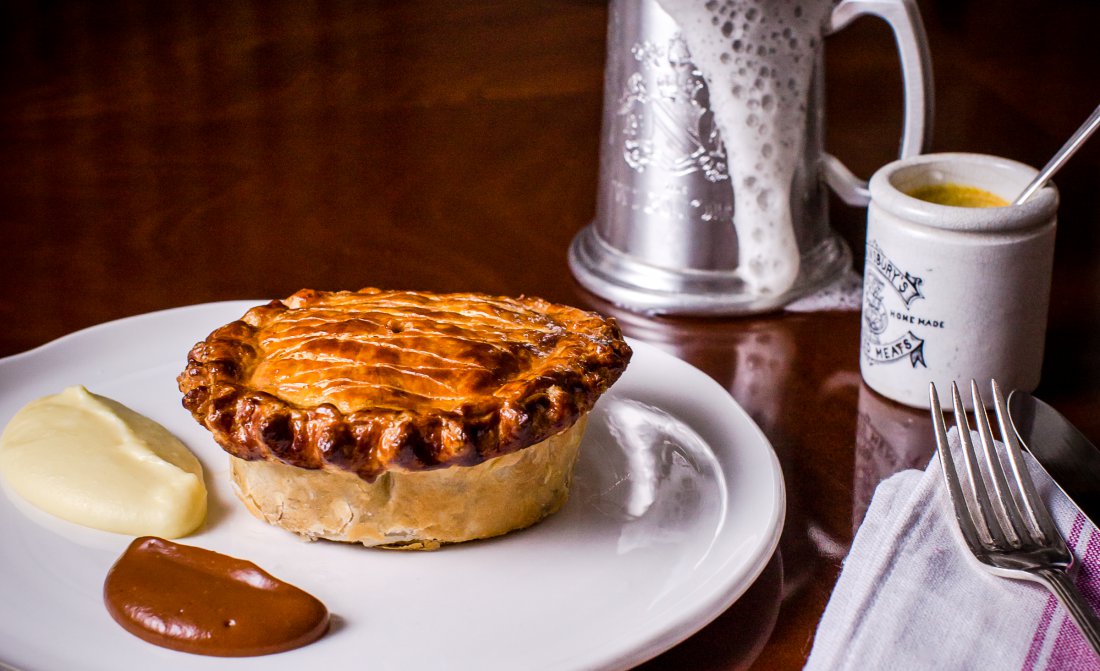 The former banking hall has been transformed by internationally acclaimed Martin Brudnizki Design Studio, capturing and enhancing the original features of the space. The Main Bar will harness the history of the building by retaining the listed panelling and incorporating furniture in mohair velvets with silk cushioned detailing. A timber bar with fabric panelling and turned wooden chair legs will allude to the high quality craftsmanship involved.

Two separate, semi-private areas have been incorporated into the space with a more relaxed ambience, guests will be able to enjoy the intimacy of the traditional "Snug", complete with mohair sofas, silk cushions and loose rugs and will be available for private bookings, ideal for groups and special occasions.

The Langham, London was opened in 1865 by HRH The Prince of Wales as Europe’s first "Grand Hotel" with an unrivalled location at the top of Regent Street. After an extensive transformation, The Langham, London has refined The Art of the Stay, offering luxurious guestrooms and suites, classically styled and evoking a warm residential feel with flawless service.

Chuan Spa Body + Soul provides a pampering haven and is London’s first luxury hotel spa to incorporate the ancient principles of Traditional Chinese Medicine into its signature treatments and ambience.

The Langham, London is part of Langham Hotels & Resorts, with over 20 distinctive hotels and more than 30 projects in development from Asia, Europe and North America to the Middle East.

Internationally renowned Chef, Michel Roux Jr. took over Le Gavroche from father Albert Roux OBE in 1991. In 2007, he opened Roux at The Landau at The Langham, London. A popular personality within the food & drinks industry, Michel has presented a variety of television programmes including "Kitchen Impossible" and "Hidden Restaurants", both on Channel 4. Michel has also authored a number of cookbooks, including Le Gavroche Cookbook and The French Kitchen.

Lead by Robbie Bargh, Gorgeous Group are London Based hospitality specialists, food and drink story tellers and Gorgeous Group advise on restaurant and bar projects throughout the UK and around the world.


The Wigmore can be found at: