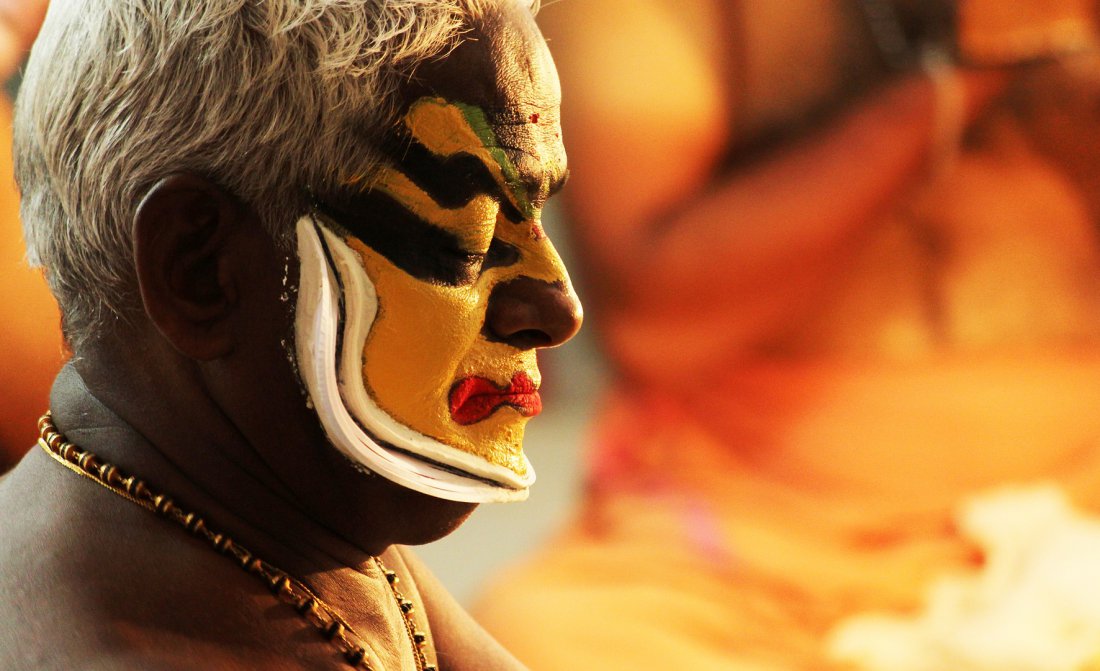 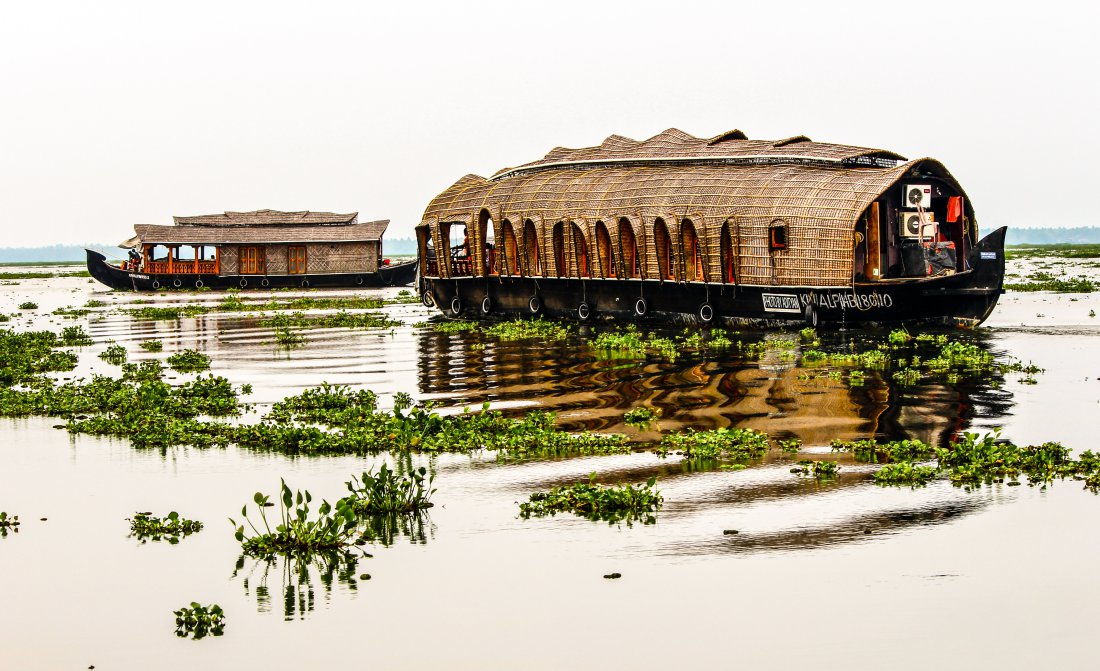 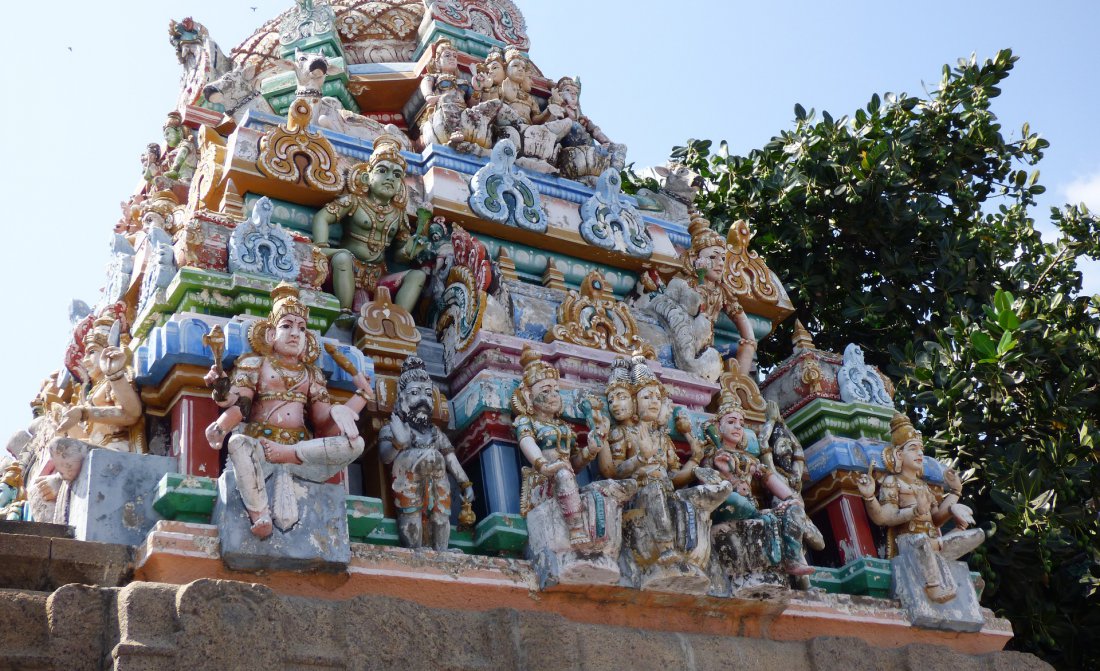 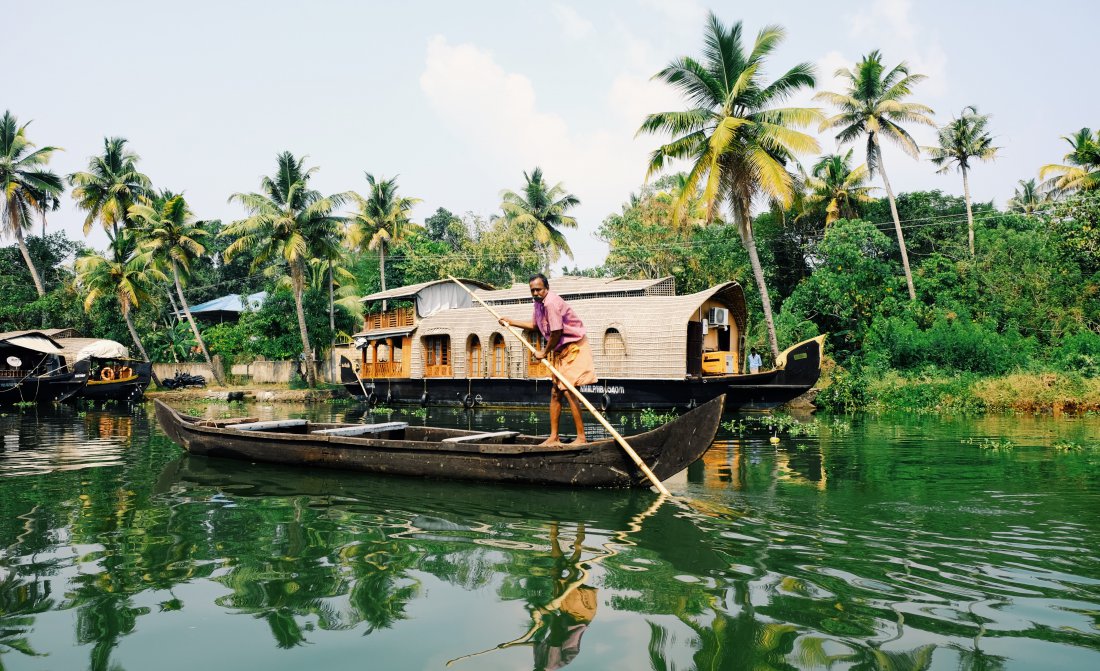 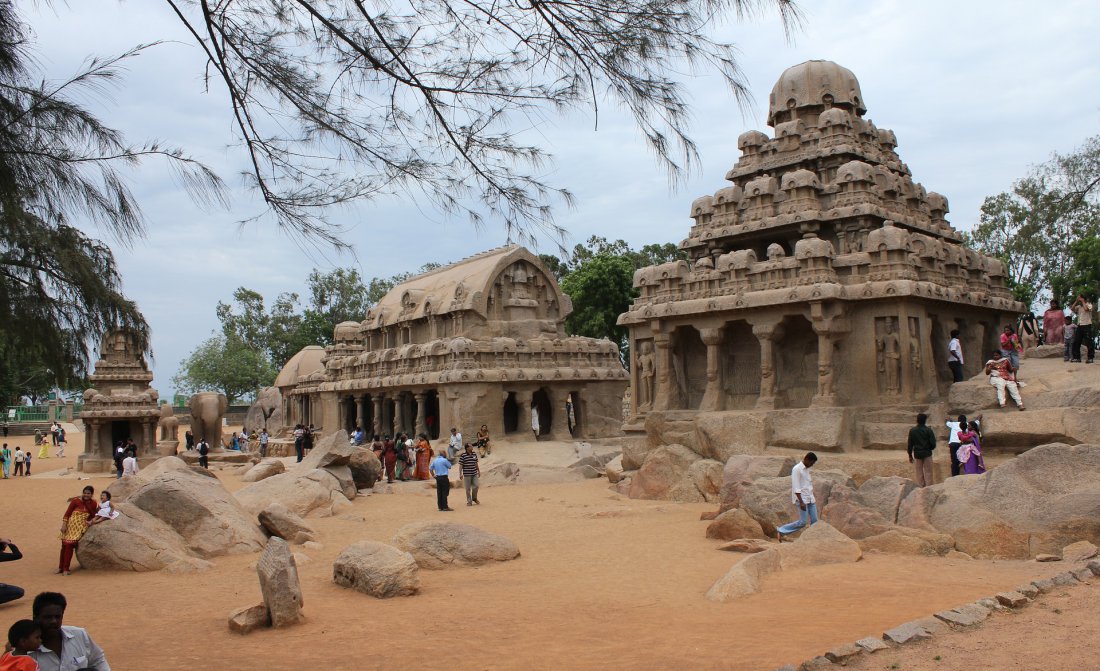 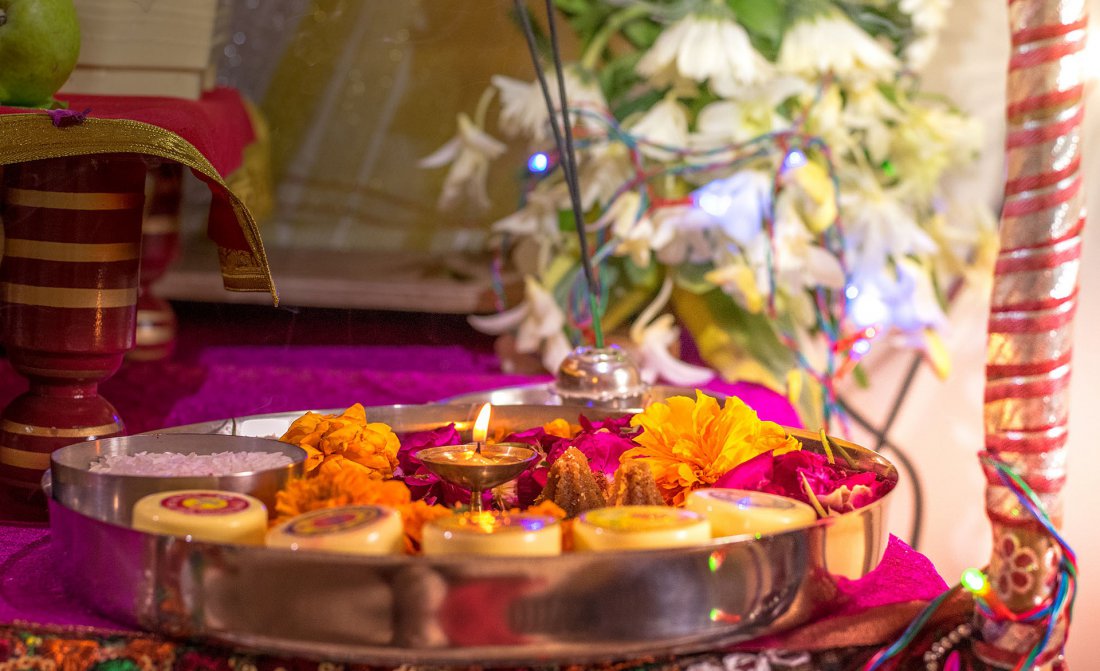 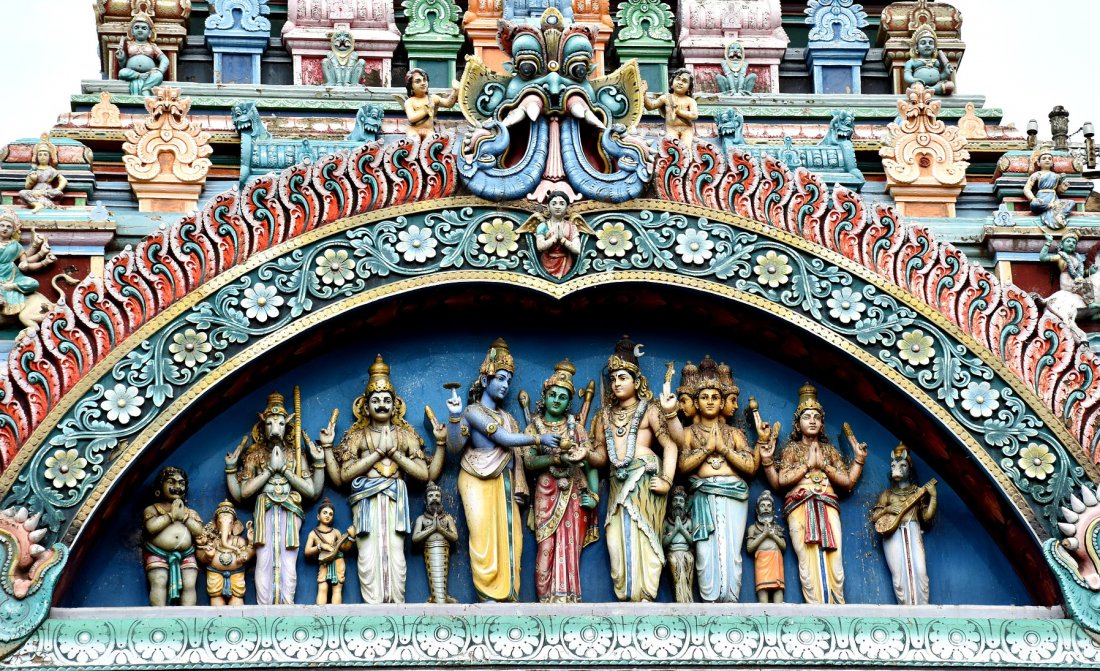 India: Mysteries Of The South 14D/13N

Travel with your private party on this luxury tailor-made journey, departing when you choose and with expert local guides leading the way; you can even customize the itinerary to your interests.

Arrive in Chennai, set on the Bay of Bengal on India’s southeast coast, where you are met and privately transferred to your hotel.

After a relaxing morning at leisure, set out with your private guide on a city tour of Chennai, beginning at Fort St. George. Built in 1640, the fort was the first bastion of the British East India Company in southern India; today, it houses the Secretariat and the Legislative Assembly of Tamil Nadu. See St. Mary's Church, consecrated in 1680 and one of the oldest British buildings in India. Next, explore the National Art Gallery whose exhibits feature all major South Indian periods, including the Chola, Vijayanagar, Hoysala and Chalukya. Continue to Kapaleeswara, an ancient Shiva Temple and the biggest in Chennai, noted for its beautifully carved gopuram (monumental tower). Stop at the peaceful Portuguese-built Santhome Cathedral, named after St. Thomas the Apostle, whose tomb is said to be beneath the basilica. A historical pilgrimage center built in Gothic style, its cool white spire rises 155 feet above the bustling city.

After breakfast, journey overland to visit Kanchipuram, one of Hinduism’s seven most sacred cities and home to over 100 temples, most of which are dedicated to Lords Shiva and Vishnu. Kanchipuram is also world-renowned for its hand-woven silk saris, regarded for their colour and sheen. Enjoy a lunch of southern Indian delicacies before proceeding to the coastal town of Mahabalipuram to see its Group of Monuments, designated a UNESCO World Heritage Site. See Bhagiratha’s Penance, a bas-relief sculpted over enormous rocks that depicts life-size figures of animals, gods and saints, all watching the holy Ganges River flow from the Himalaya. Nearby, see its shallow mandapas (pillared halls), sculpted out of the rocky hillside and portraying stories of Indian mythology. Finally, stop at the Shore Temple, surrounded by gardens designed according to ancient texts. Return to Chennai.

Fly to Trichy and transfer to a local restaurant for lunch. Join your private guide for a tour of this thriving riverfront city in the heart of Tamil Nadu. Visit Srirangam, famous for its massive Sri Ranganathaswamy Temple, which has 49 separate shrines dedicated to Vishnu and is so large it feels like its own city. You also view the Rock Fort Temple, a spectacular monument perched on a massive rocky outcropping that towers over the old city. Continue to Thanjavur, former capital of the Chola dynasty.

The Cholas were great temple builders and Thanjavur bears witness to this with its 74 temples. Today, you visit its most famous, the Brihadeeswarar Temple, also a UNESCO World Heritage Site. Afterward, stop by an art gallery to view its extraordinary collection of antique bronze statues. Enjoy your afternoon at leisure.

After breakfast, journey overland to Chettinad, ancestral homeland of the Chettiars. Home to wealthy business tycoons who made their livelihood in Burma during the last century, the area is renowned for its mansions and rich, distinctive cuisine. See these extraordinary homes with their teak pillars and marble detailing. z

After lunch, continue to Madurai, where you check in to your hotel. This evening, visit Meenakshi Temple to witness a Pooja ceremony, in which an idol of Shiva is carried in a colorful procession accompanied by musicians.

Join your private guide for an early morning walking tour of Madurai. Discover equal parts legend and history as you wander through this ancient Tamil capital. Return to your hotel for breakfast before exploring Madurai’s great 17th-century Meenakshi Amman Temple. The largest temple complex in southern India, and as significant to the region’s architectural legacy as the Taj Mahal is to northern India, this 15-acre complex is a joyful homage to Shiva and the triple-breasted goddess, Meenakshi.

After breakfast, travel overland into the state of Kerala to Periyar, checking in to your accommodation on arrival. Your journey takes you into the Western Ghats, a lush mountain range that rises parallel to India’s Arabian Sea coast. Later, visit a local spice plantation where you enjoy the sights and smells of fresh spices and learn about their cultivation process.

After a leisurely breakfast, descend a dramatic escparpment as you journey overland to the village of Kumarakom. Stop en route for lunch at a local restaurant in Kanjirappally, considered the entrance to Kerala’s hill country. Upon arrival, check in to your beautiful lakefront hotel.

After a morning at leisure, board a traditional houseboat for a day cruise on the beautiful backwaters of Kerala. Glide through canals and lagoons shaded by coconut palms and pass sleepy rural villages. You are treated to a lunch of local specialties as you cruise. Disembark this evening and journey overland to Kochi, where you check in at your hotel.

Spend the day exploring the tropical coastal city of Kochi, where you discover an intriguing mix of cultural influences. Visit one of the oldest Jewish synagogues in India, decorated with blue ceramic Chinese tiles and surrounded by an aromatic spice market. See the story of Ramayana depicted in the wonderful murals at charming Mattancherry Palace (Dutch Palace) and visit St. Francis Church, both of which were erected by the Portuguese in the 16th century. At the entrance of Kochi harbor, see the cantilevered fishing nets brought from southern China by traders — a testament to the centuries-old link between these regions. Tonight, visit Greenix Theater for a performance by the extravagantly costumed Kathakali dancers.

After a morning at leisure, transfer to the airport to board your flight to Mumbai. Upon arrival, transfer to your hotel.

Transfer to the international airport for your flight home.