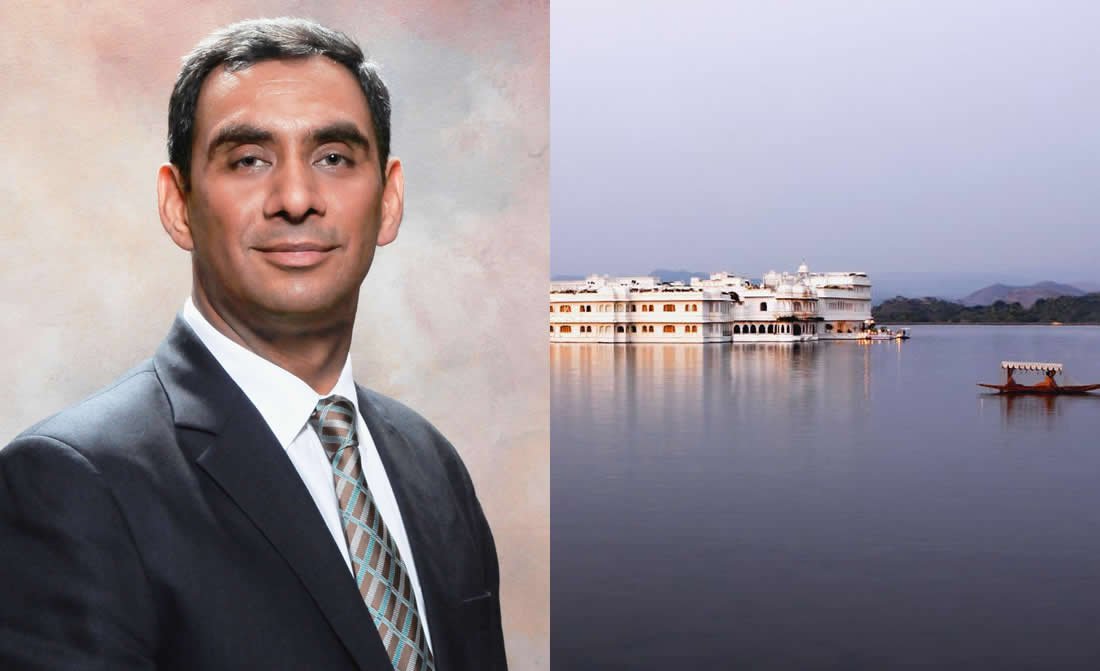 
Nayan, how did it happen that your hotel seems like floating in the lake?

Taj Lake Palace is built on a natural island, however, many people have commented and find it to be a floating palace. This is due to its design and architecture. Most rooms are situated on the periphery of the island and many of them, especially the suites, have "Jharokhas" which are very typical of the houses and buildings in the city. These "Jharokhas" are extensions beyond the periphery walls which were used as sitting areas in the olden days and were designed to offer views and capture the cool breeze, floating across the lake. These "Jharokhas" along with the lapping waves of the placid Lake Pichola create a sublime effect which makes the Taj Lake Palace appear as if it is floating.

Can you tell us one interesting historical fact about the building?

Legend has it that young prince Maharana Jagat Singh II indulged in moonlight picnics with the ladies of the Zenana on the lake island palace of Jag Mandir. When his father found out, he is said to have admonished the young prince stating that he may enjoy the pleasures of life once he has earned them by building his own palace. Jagat Singh II responded by building his own palace on another vacant island in Lake Pichola and named it Jag Niwas. It is Jag Niwas which has now earned the reputation of one of the world’s most romantic hotels, Taj Lake Palace.

What kind of clientele does your hotel attract?

The palace attracts guest who would like to be a part of history and want to experience the opulence and grandeur of the Royalties in India when they were in their prime. Many of our guests are those who have decided to splurge during their once in a lifetime visit or are celebrating their special occasion with us and expect the ‘best of what life has to offer’.  Hence most of our guests are high end luxury clientele, however, we also have some guests who are low on budget and like to take advantage of the exciting packages we float during the summers.

What is the most exceptional cultural activity that you offer for your guests?

While every aspect of the palace experience is soaked in history and culture of the palace, the guests can experience a series of cultural extravaganza every evening during their stay at the palace. This extravaganza includes a "Heritage Tour" of Taj Lake Palace wherein a historian takes the guests around the island and briefs them on the history of the city, the Sisodia Dynasty and their palaces in the form of interesting anecdotes and information bytes. The story telling continues beyond the island in the boat cruise which ferries the guests to the Jagmandir Island Palace, where the guests get a glimpse of the old city and its various landmarks on the shore during the historian accompanied cruise. The guests then return to Taj Lake Palace to witness the folk music and dance ensemble at Jhankar, exactly the same place where the Royalties experienced in past.

What is your favourite Rajasthani dish?

Being a Vegetarian, my favourite Rajasthani dish would be the "Besan Gatta", steamed chickpea flour dumplings in a yoghurt based gravy. But for anyone who seeks suggestion, I strongly recommend the "Laal Maas", a fiery lamb curry made with the choicest of lamb cuts and Mathania Red Chillies, which is our signature dish.