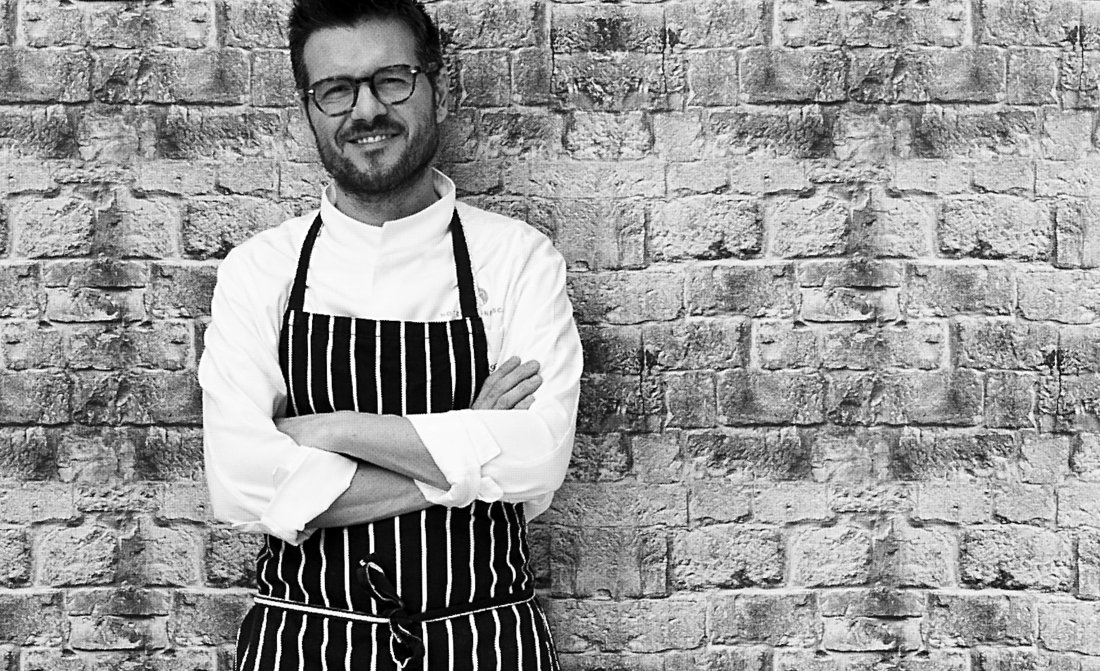 I was born into a family of a rural country in the South Italy, from the ancient and handed down culinary traditions, where everything was produced in the house, from fresh pastries to sweets. I saw my mom at work and I have always wanted to produce…to get my hands dirty, in a few words! My passion for food comes far away and from the knowledge of the products of my territory, from the good food eaten in the family.

The passion for cooking came instead after, fit as a young man but increased by my experiences and working influences. The most significant work experience has certainly come with Gennaro Esposito…when it is said “being in the right place at the right time!”. At that time he was considered an emerging young man and his cuisine began to embark on the territory. There, a new world opened up to me.

Gennaro Esposito is the person who inspired me more but I learned something important from all the other people I have worked with: Pino Lavarra, Georges Blanc, Andrea Apre, Luca Mazzola and Pierfranco Ferrara.

When you start a journey made of hard sacrifices, dictated by passion, every chef dreams of becoming a “Chef” and finding a project that can support your ideas. After years of rotting I became Executive Chef of the Gourmet Restaurant Il Vistamare in the National Park of Circeo and today I am really happy to have arrived at the Hotel Brunelleschi in Florence, a unique and special place.

I have a strong bond with my origins. The “Campania region” inspires me with emotions and easiness: the sea, the mountain, the places and the people come together as ingredients of a recipe that lives in my meals. My teachers have given me great respect for KNOWLEDGE, which is the basis for my creations and re-elaborations of my traditionally-inspired dishes.

Obviously the territory is a starting point, certainly not my cage.
My cuisine is based on essentiality, on dishes centred on a product, with other two or three as support. It is based on a substance, on something that goes beyond the ingredient and it is characterized by contrasts between acidity and sweetness, cooked and raw, soap and lightness.

Among my dishes there are no favourite children. My cuisine is expressed through so many dishes…however, people say that my best dish is the Raviolo Fondente, a kind of stuffed pasta: the sensation is to give a “Bite to the South”. My heart dish, the one I am most fond of, is “the crumbs in bread crust”, a kind of Snack to eat with your hands, thought for a game. It reminds me a lot of Silvietta’s wooden train wagons (my daughter), where trimmers replace wagons and mint pesto forms the tracks.