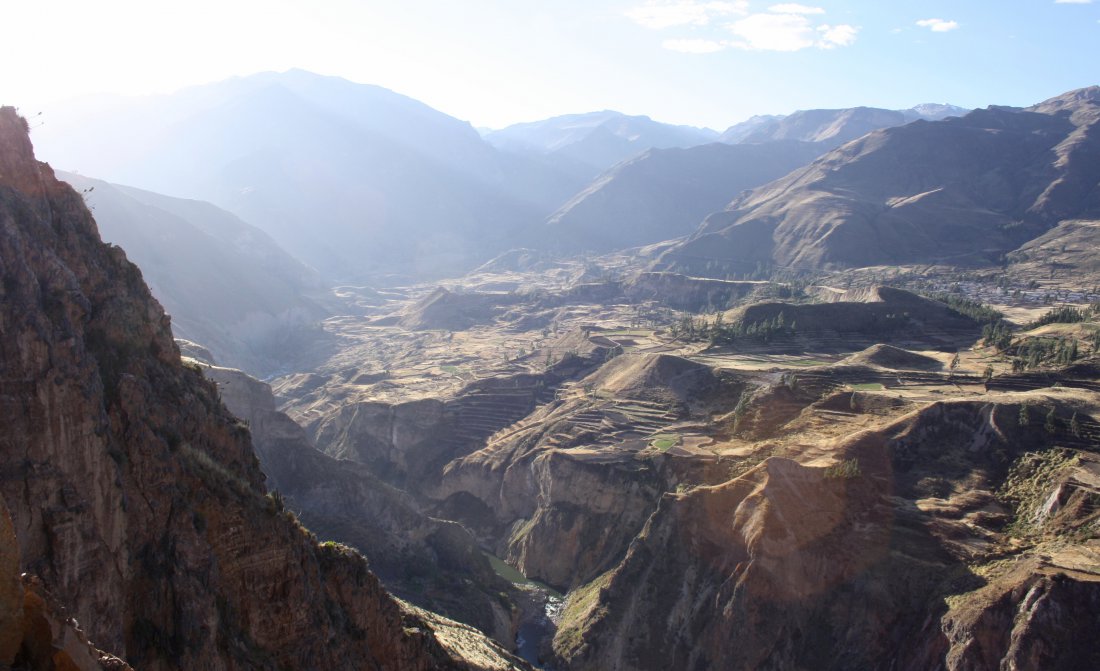 Arequipa may be Peru's 2nd largest city in terms of population and production, but it flies largely under the radar for most travellers to the country. The city is located in the southwestern portion of the country, and is the capital of a region by the same name.

Nestled between two volcanos, Arequipa is unique in that the historic city center is built entirely from sillar, or white volcanic stone. A stroll through town is an exotic adventure in itself. The immense white blocks stacked cleanly to form buildings leave a dramatic impression that starkly contrasts the warm nature and small-town rural feel of the modest boutiques, restaurants and workshops that beckon within.

Unassuming picanterias, or traditional eateries, rub clean white shoulders with grand cathedrals. Locals from across the social spectrum gather in plazas to discuss politics, ideologies, and gossip of the day. The entire city center is protected as a UNESCO World Heritage Site for its spectacularly singular architecture.

For those wishing to dive a bit deeper behind the scenes of the sillar city, embark on an exclusive excursion beyond the city limits, where the magic of craftsmanship begins. Along with an expert private guide, venture to the outskirts of town to visit the historic volcanic lava quarries and experience the UNESCO World Heritage declared process of hand-molding the sillar blocks. Using simple tools, master craftsman lead lucky visitors in a demonstration of the craft that has been handed down generation by generation; you can even try your hand and splitting the blocks yourself. The excursion continues, combining living culture with stunning nature. Explore the quarry set in a ravine eroded by thousands of years of wind and water. For those with a keen eye, be sure not to miss the petroglyphs carved into the rocky walls, providing clues to ancient secrets still open to interpretation.

Arequipa is seen by many as a hub for gastronomy, or a stopover en-route to the majestic Colca Canyon. Visitors looking to check Colca and the condors off their list often overlook the endemic cultural and natural explorations that exist within the city and just beyond its fringes. Whether this is a blessing or a curse is a matter of perspective – travellers finding themselves lost in a magical white city, learning an ancient craft, tend to lean towards the former.


This information was provided by our partners in Peru - Peru Empire Co.

Photo by Nad Hemnani on Unsplash