24 hours at the Four Seasons Park Lane by Hatty Copeman 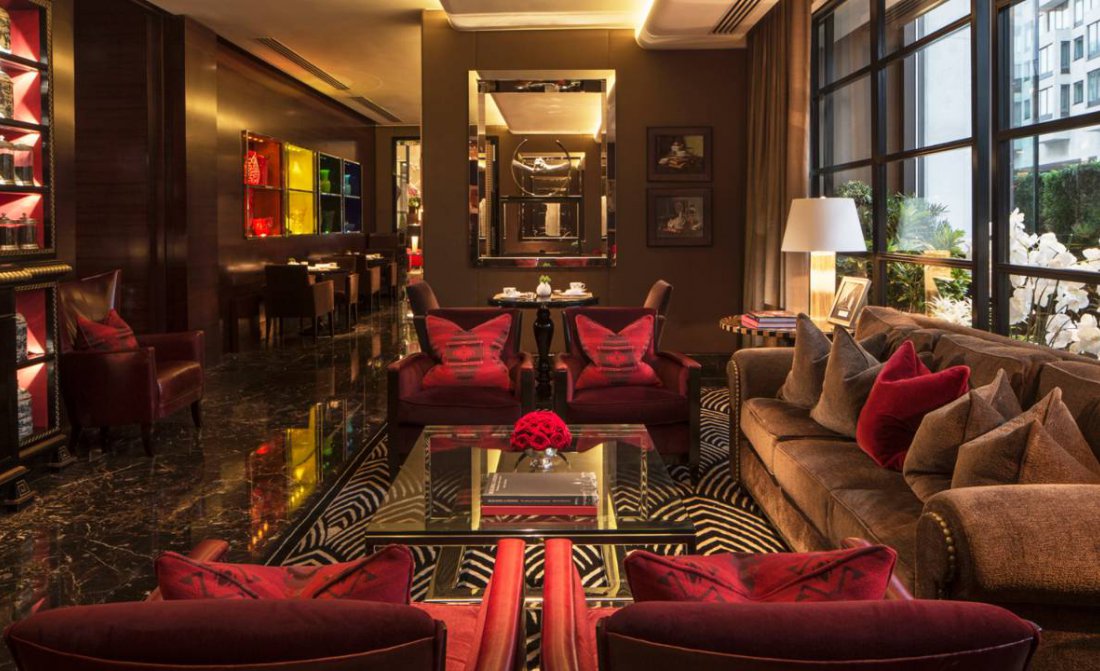 Tucked between Hyde Park and Mayfair on Hamilton Place, the Four Seasons Park Lane offers a luxury home-from-home for international travellers. The hotel re-opened in January 2011 after a full makeover, which took two years. Situated close to Hyde Park Corner, the hotel looks over Park Lane’s racetrack traffic and is within walking distance of Mayfair, Green Park and Knightsbridge.

The hotel’s interiors are by Pierre-Yves Rochon, who also designed George V in Paris (a Four Seasons hotel). He has created calm bedrooms and colourful bar-lounge areas. The hotel’s décor is made up of different textures and materials together such as leather, suede, chrome, wood and fabric. There is also a vibrant red that pops up around the hotel in the chairs, sofas and the leather in the lift.

There is lots of interesting artwork on the walls and the corridors are decorated with black-and-white Vogue magazine covers from the 1920s. There are sculptures around the lounge and restaurant area and books have been scattered around for guests to flip through and read.

There are 193 rooms and 46 of them are one-to-three-bedroom suites. The style of the bedrooms is relaxed and sophisticated with tranquil furnishings and smart walnut sycamore wood paneling. The Premier category rooms come with a king-size bed, marble bathroom and a view of Hyde Park or Westminster.

On the 10th-floor there is a Spa with separate his and hers jacuzzi, saunas and steam rooms and a high-tech Fitness Centre. There is also an arrivals lounge for guests who fly in early in the day. The terrace has a small garden with outside seating and sweeping views of London from Big Ben to the London Eye and St. Paul’s Cathedral and the City.

Amaranto is the hotel’s Italian restaurant with an outdoor garden open in the summer months. The menu is substantial and breakfast is served here. The adjacent bar serves delicious cocktails and has big comfortable chairs to relax in.